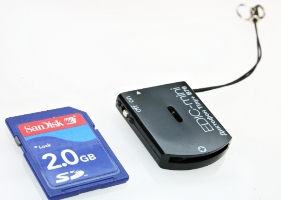 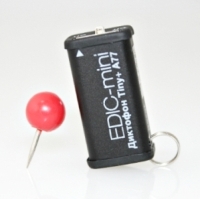 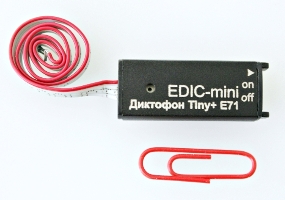 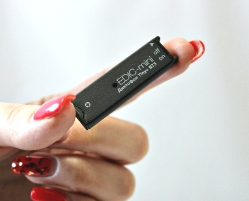 Digital records made by the recorders of the Edic-mini Tiny+ series are counterfeit proof owing to the custom developed system of markers. These distinctive marks being unnoticeable for the user go through all the recording stages and help to define the integrity of the recorded voice information. These marks help to identify the recorder’s model, its serial number, record start time as well as the attempt to modify it.

Record's integrity can be checked not only by EMPlus program, but also by a specific program used in the Ministry of Internal Affairs.
If a record has been modified, the recorder won't identify it as authentic.

Record Modes
With the Edic-mini Tiny+ recorders you can perform both linear and circular recording. In linear record mode, the quantity and duration of voice messages are restricted by free memory capacity. Circular recording makes it possible not to stop recording at all. After there is no more free memory, the Recorder begins to record new data over old ones. Thus, the memory will always contain the most recent data.
Information Protection
To protect the information of the Edic-mini Tiny+ series there is the option to set password forbidding access to the recorder’s content and settings without entering password.

Voice Activation
The recorders of the Edic-mini Tiny+ are equipped with Voice Activation System (VAS) enabling it to reduce both memory consumption thus enhancing real recording duration as well as energy consumption from the power source. When uploading records onto the PC, the duration of pauses can be either restored (as silence) or omitted depending on the settings specified.

Control
It is very easy to control the operation of the Edic-mini Tiny+ recorders using Switch. The LED is used to indicate operation modes.

Connecting to the PC
The recorders of the Edic-mini Tiny + series are connected to the USB port of the PC using adaptor included in the delivery set. The supplied software operating under Windows ХР/32, Windows7, Windows8 makes it possible to save the recorded messages on the PC as standard sound files and set various parameters of the Recorder. There is also the option to update built-in interface (firmware) of the Recorder via USB interface.


Distinctive features of the models: