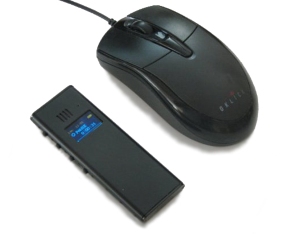 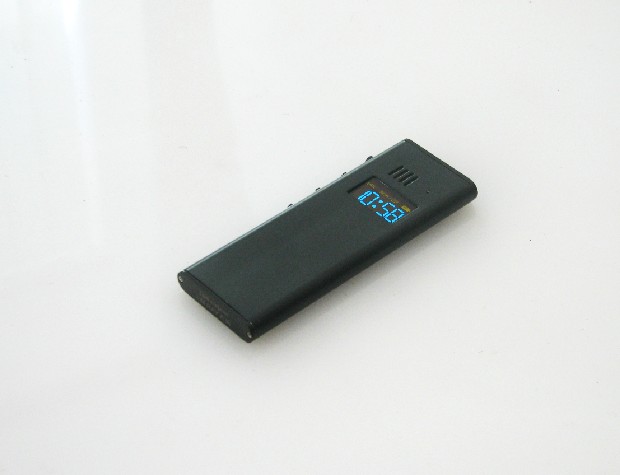 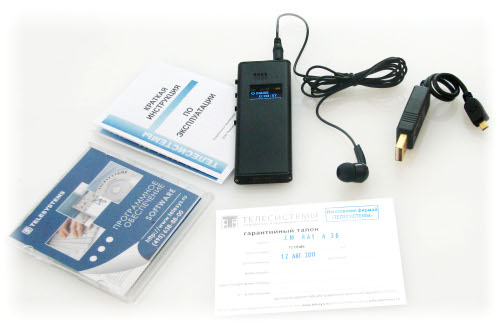 A36 - the first representative of new Edic-mini Ray series!

We develop our voice recorders to maintain personal security by making high-quality, identifiable recording under any conditions. To do this, we strive to make our recorders as tiny as possible to be at hand at any time. We also try to provide maximum sensitivity to record from safe distance, with special markers proving record’s authenticity.

When recording in noisy, echoing premises at long distance it is impossible to achieve the desired recording quality using conventional recorders with 1 or 2 microphones. The problem is that when recording at considerable distance the recorder records not only the necessary signal, but also some external noise and the reflection of sound. This interference increases quadratically depending on the distance from the sound source and at the distance of several meters it really can drown out the desired signal. The only solution is to form a signal source direction pattern with maximum drowning of signal from other directions.

To generate a direction pattern there are 8 microphones used in the Edic-mini Ray A36 recorder forming so-called phased array (similar to the one used in radar).

8-ch RAW - signal is recorded from each microphone, which will further help to form a signal direction pattern, or to form a fixed direction pattern for any direction using the SoundProcessor software supplied with the recorder. For example, recording in a courtroom with a source of background noise (air conditioning, noise from the street coming through the window, etc.). When processing record in SoundProcessor, you can adjust the direction pattern for the desired speaker, thus cutting off external noise.
Stereo1 – recording onto two channels from the extreme left and extreme right microphones. This mode is applied when big stereo base is required, and signal source is not noisy.
Stereo2 - microphones are divided into 2 groups each consisting of 4 microphones. Unlike conventional stereo recorders this mode allows you to carry out stereo recording with more precise stereo effect making noise from the microphones 2 times less.
High S/N - signals from 8 microphones are summarized into a single channel. That helps to carry out directional recording for a fixed direction while noise level is 2.5 times less than that of the recorders with one microphone. You can use it in the same conditions as the 8-ch RAW, but only if the sound source does not change its position, for example, a lecturer in a classroom.
As in profile – recording with one microphone and a special low-power 16-bit audio codec. This record mode minimizes recorder’s consumption, which makes it possible to achieve maximum record autonomy (up to 350 hours). Also in this mode, VAS (Voice Activation Control) and AGC are available. Mode for everyday use.

The Edic-mini Ray A36 Recorder is equipped with high-contrast OLED-display.
In record mode (As in profile) the upper line of the display shows useful information:

In standby mode the blue area of the screen shows clock, the type of which can be set in the RecManager program.

The recorded information can be played with the recorder (via built-in speaker or using standard stereo headphones) or downloaded onto the PC using RecManager.

When playing record on the recorder it is easy to control playback using buttons and, if necessary, delete the record without uploading it onto the PC.