You are here:
ProductsTSCMSelective Detectors 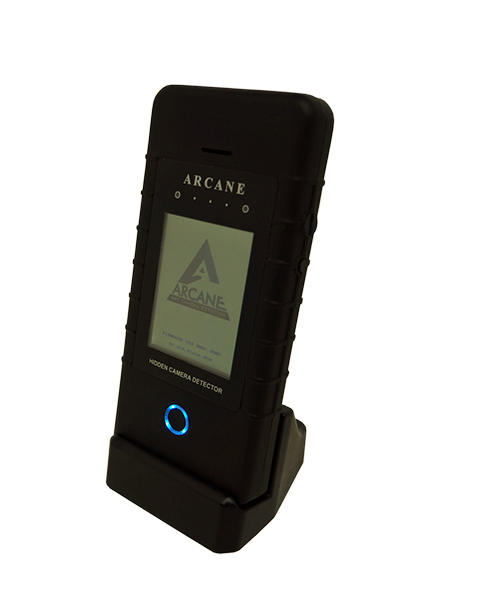 The detector has a built-in magnetic antenna, and also has the ability to communicate via Bluetooth with a smartphone to control and transmit information to it, which allows you to instantly detect the presence of nearby (from 1 to 2 meters) hidden video cameras and search for them unnoticed by others.

ARCANE SEL MAX can easily fit in a pocket or purse, because of its small size and internal antenna. It is also equipped with a docking station for charging the device on the desktop.

The detector is able to detect both analogue and digital cameras regardless of concealment and video transmission methods. Thus, unlike the detectors of video cameras operating on the optical principle or nonlinear locators, ARCANE does not require a close monotonous inspection of the entire room, people and objects, but allows you to determine the presence of a hidden video camera near you and then find it in seconds.

Types of devices and signals detected by the device: 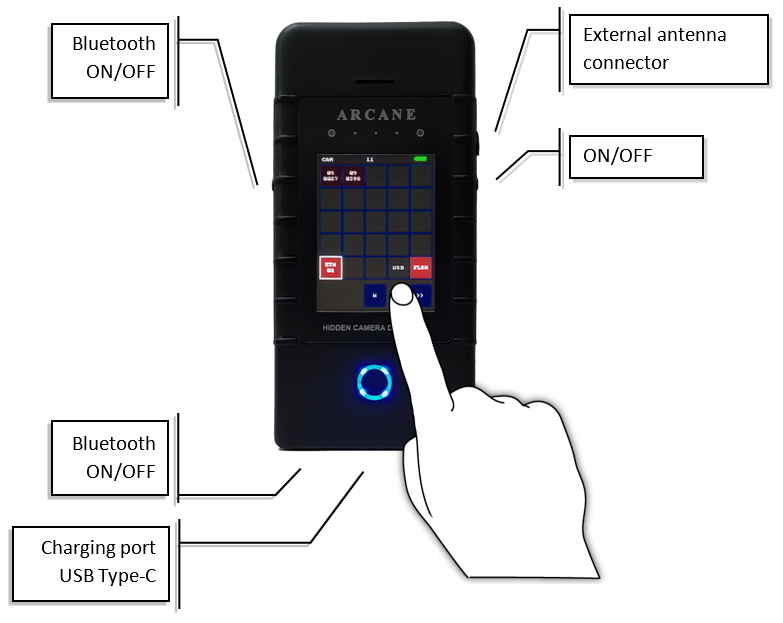 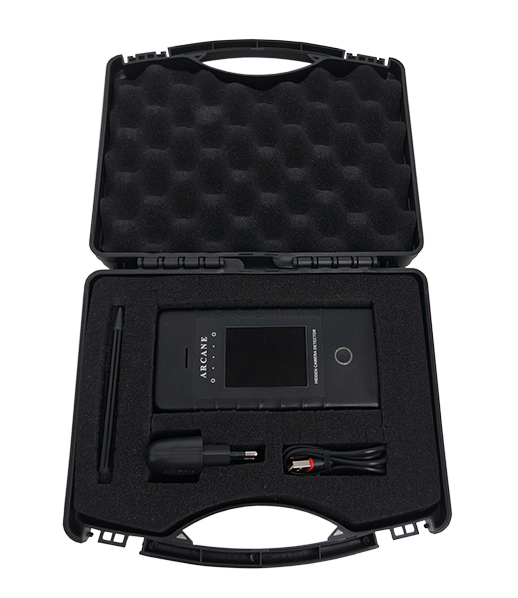 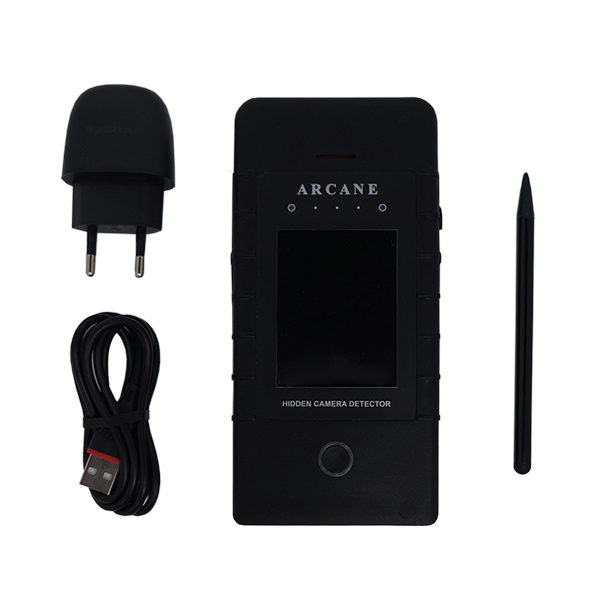