You are here:
CompanyNewsListen to what animals say!


Two different institutes from Germany (Leading research institute, the Max Planck Institute for Ornithology in Seewiesen) and Canada (Department of Biological Sciences, University of Quebec at Montreal) chose our recorders for their very interesting scientific purposes…

Edic-mini Tiny A31 Recorder (the world's smallest, Guinness World Records holder - now its followers are A77 and B70) became the fundamental tool in the studies. 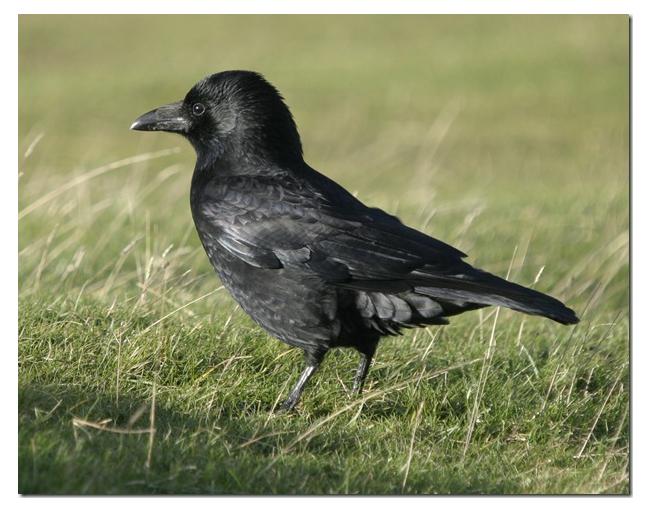 Scientists from the Max Planck Institute for Ornithology make research on vocal communication of birds (Western Jackdaw). The aim is to get good sound recordings from individual birds even of very quiet vocalizations in noisy backgrounds and even if many vocalizing individuals are presented in groups. The practical application of the research results will be useful first of all for concrete protection measures. Secondly, finding and publishing exciting results may help improve people's awareness for endangered species and nature in general – say scientists.

The harness system (like a small backpack) is used to fix the recorder on the bird's body and it is important to put as little weight as possible on the birds to ensure that they will fly and behave as normal as possible. At the same time high quality sound recordings are required for the accurate analyses.

The other study by specialists from University of Quebec presents the use of the tiny audio recorders A31 to collect daylong chipmunk vocalizations. The quality of the recordings also allowed scientists to monitor individual activity patterns and record incredibly long resting heart rates, and to identify self-scratching events and even whining from pre-emerging pups in their maternal burrow.

The animals were equipped with system mounted into a collar on the throat of the chipmunk. The result analysis shows that our A31 Recorder gives much more detailed data than the classical use of a directional microphone over an entire field season (Figure 1). 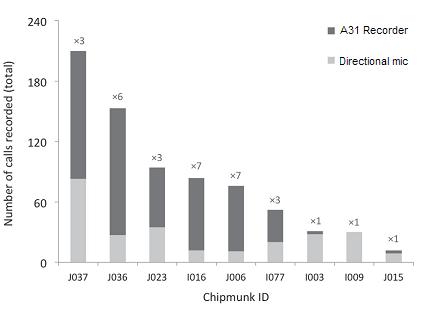 Figure 1.  Representation of the A31 high efficiency to record a great quantity of calls, by comparison to the quantity of calls recorded through the directional microphone. Numbers above each bar indicate the increase in individual sample size allowed with the recordings from the A31 model.

Even the quantity of self-scratches that occurred throughout the day for the individuals could be used to estimate their parasite load! Obviously, the Recorder could also be used for bigger animals in concert with some other devices such as accelerometers, GPS or radio transmitters to gather complementary data along with  the recording of sounds.

A31 Recorder produces clear signals that sound like those recorded in lab conditions (Figure  2). Ideally, the frequency of the sound recorded should not exceed 11 kHz so that all of the acoustic characteristics of the sounds can be retrieved (the maximum sampling frequency is 22 kHz as it was designed to record human voice).

Figure 2.  Sound spectrograms of low frequency “chuck” calls emitted in a bout, illustrating the high quality of recordings obtained from Edic-mini Tiny Recorders. (a, b) Comparison of four “chuck” calls recorded for two different individuals (a and b) with the directional microphone (a1 and b1, recordings chosen for being of high quality) and with the Edic-mini Tiny Recorders (a2 and b2, raw recordings not submitted to any filter).

The grey scale represents the intensity of the sounds, so that louder sounds appear darker. The sounds recorded with the directional microphone contain a certain level of background noise (fuzzy lighter grey in spectrograms a1 and b1, mainly caused by windy conditions), which overlaps with the calls and could affect the acoustic measurements, whereas the vocalizations recorded with the Edic-mini Tiny Recorders are very clean and not affected by interference noise.

So, scientists were looking for a product that combines light weight with high quality and maximum data acquisition. Our recorders satisfies all of these needs!

We are glad that our products received a new opportunity to make a contribution in a scientific project!