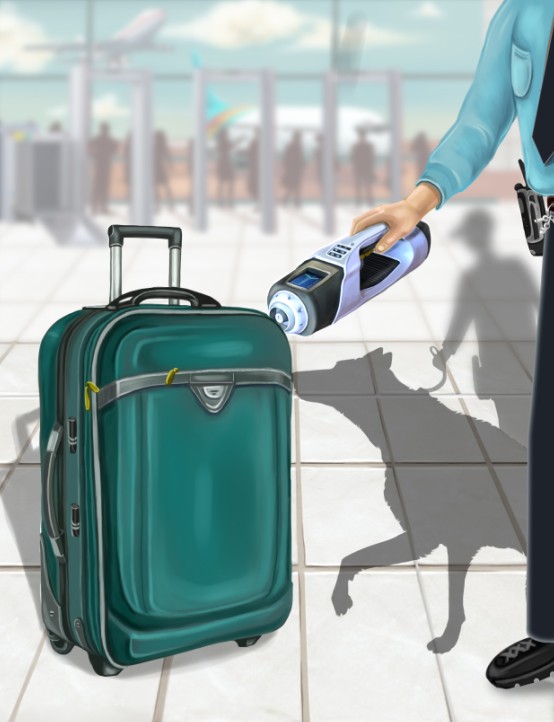 At the beginning of April explosive detector BIRUCH C04 was tested in almost real-life conditions in the Middle East Armed Forces base and has succeeded in detecting:

 Military Explosives, that liberally perfumed participants were dealing with

 Homemade Explosives, which are widely used by terrorists

1. During test experiments detector BIRUCH C04 always determined the presence of explosive substances and, when it was possible, identified such explosives as: TNT (industrial and homemade production), PENT, HEX, RDX (using piezo desorber) and their mixtures.
2. Real tests in detection people dealing with explosives showed significant results: 2 out of 3 participants handling with explosives were determined among others under generous perfumes disguising.
3. Provided samples of TNT, DNT, HEX and RDX (both using piezo desorber) and homemade substances, which are widely used by terrorists in Middle East, were recognized without problem.